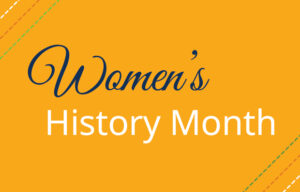 Erica is a founding partner of Mobius Executive Leadership, author of New York Times bestselling book, Winning from Within, and a lecturer at Harvard Law School. A highly sought-after advisor, Fox has been coaching clients in the both the private and public sectors for over two decades.

Erica is the world’s leading authority on connectional intelligence and the Founder & CEO of Cotential. Recognized as a “branding expert” by the Associated Press, Fortune, and Inc. magazine, she consults and speaks for a diverse range of clients, including Google, the World Bank, Morgan Standley, and Microsoft. Dhawan has an MPA from Harvard University, an MBA from MIT Sloan, and a BS in Economics from The Wharton School.

Herminia, ranked by Thinkers50 as number eight among the most influential management thinkers in the world, is an expert on leadership development. A professor of organizational behavior at London Business School, she has also served on the INSEAD and Harvard Business School faculties. Ibarra earned her MA and PhD from Yale University, where she was a National Science Fellow. She is a best-selling author whose books include Working Identity and Act Like a Leader, Think Like a Leader.

Jane, the Managing Director of The Energy Project Europe and Director of Communication & Change for Sony Europe, is an expert facilitator, business consultant, performance coach, author, and speaker. She regularly speaks as a keynote presenter at conferences throughout the world and has worked with an enormous variety of organizations including Google, BBC WorldWide, WPP, Novartis, the British Army, FedEx, HP, and Save the Children. Sparrow is co-author and contributor to a number of best-selling books, including The Culture Builders.

Jesse is a business consultant, coach, former executive, and bestselling author who has worked closely with leaders for more than 25 years, helping them create collaborative, engaged workplaces that make a powerful and positive impact on the world. Her weekly blog is ranked as one of the top 100 leadership blogs, and she was recently recognized by Inc. Magazine as one of the Top 100 Leadership Experts.

Joanna is Director Emerita at McKinsey & Company. She helped consumer-facing clients for more than 30 years on growth strategy, performance transformation, organization effectiveness, and leadership development. A popular speaker, Barsh is also the best-selling author of several books, including Grow Wherever You Work.

Judith was the founder and CEO of Benchmark Communications, Inc., and chairman of the CreatingWE Institute. From 2006 to 2018 she was listed as one of the top 10 consultants globally in the Excellence Top 100 Consultants, and in 2017, Marshall Goldsmith’s Top Coaches Project selected Glaser as one of the top 15 Coaches in the world. She was a founding fellow of the Institute of Coaching at McLean Hospital.

Juliet is CEO of training and consulting firm WhiteSpace at Work, where she advises a number of Fortune 500 companies. As a member of the National Speakers Association, Funt speaks at executive workshops to audiences as large as 7,000. She has been featured in the LA Times, Chicago Tribune, and Professional Speaker Magazine, and is co-author of The Communication Path and The Wellness Path.

Kara is the CEO and founder of hint inc., the San Francisco-based healthy lifestyle company. A sought-after keynote speaker, Kara has written for Forbes, Entrepreneur, and Fortune.com. In 2016, she launched The Kara Network, a digital resource and mentoring platform for aspiring and established entrepreneurs. 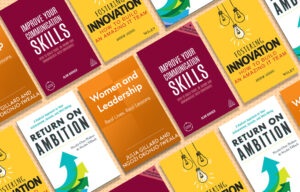 Direct link to the article Accel5’s Business Book Summaries of the Month: January 2023

Direct link to the article Accel5®’s Business Book Summaries of the Month: December 2022 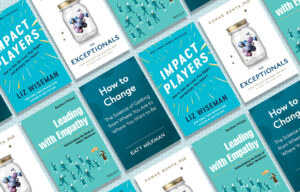 Direct link to the article Accel5®’s Business Book Summaries of the Month: November 2022